Back to Latest News

Check out this legend; Jesade, for organising over 1,000 paper cranes to be made and donated to Mazda NZ.

The cranes were made by his daughter and her friends from King's College, Auckland.

Jesade is a volunteer for Make-A-Wish New Zealand and South Auckland Mazda are extremely grateful for his kind actions.

Mazda New Zealand and Make A Wish Foundation New Zealand would like to invite Kiwis to create origami cranes to place on the Children's Peace Monument in Hiroshima's Peace Memorial Park. According to Japanese tradition, folding 1,000 paper cranes gives you a chance to make one special wish come true.

The joint initiative will also help Make A Wish grant wishes to Kiwi children with Mazda NZ donating $1000 to Make A Wish New Zealand for every thousand cranes made.

"Hiroshima lost approximately one third of its population, with tens of thousands more injured on that fateful day in August 1945. Toyo Kogyo – as Mazda was then called – immediately began distributing medical supplies, setting up consultation centres around the city to help families reunite.

A young girl, Sadako Sasaki who survived the atomic explosion, was diagnosed with leukaemia from the radiation. While in hospital a fellow patient told her about the legend of the cranes. This inspired her to begin folding paper cranes. Sasaki had exceeded her goal of 1,000 cranes when she died. After her death, Sasaki's friends and schoolmates raised funds to build a memorial – Children's Peace Monument to her and all of the children who had died from the effects of the atomic bomb. At the foot of the statue is a plaque that reads, "This is our cry. This is our prayer. Peace in the world." This has now been extended to remember all the child victims of world conflicts.

Due to Covid-19 visitors to Hiroshima have diminished and consequently the number of paper cranes left at the Monument has greatly decreased.

Pam Elgar, Chief Executive at Make A Wish Foundation, says they are proud to be working alongside Mazda New Zealand on such a special project, especially as the tradition aligns with our mission.

"Through the generosity of Mazda New Zealand and Kiwis making Paper Cranes we will be able to grant the wishes of critically ill children in New Zealand, which is fantastic."

Instructions for making the Paper Cranes can be found here: https://www.instructables.com/How-to-make-a-Paper-Crane-1/ and are also available from Mazda Dealerships across the country. Dealerships will collect all the cranes and send them via Mazda New Zealand to Hiroshima.

David Hodge says: "It has been a really tough 12 months and something like the Paper Crane Project, which symbolises a bright future and hope for children, is really important right now.

"We are delighted to be working alongside Make A Wish Foundation to enable them to make the wishes of some critically ill New Zealand Children come true." 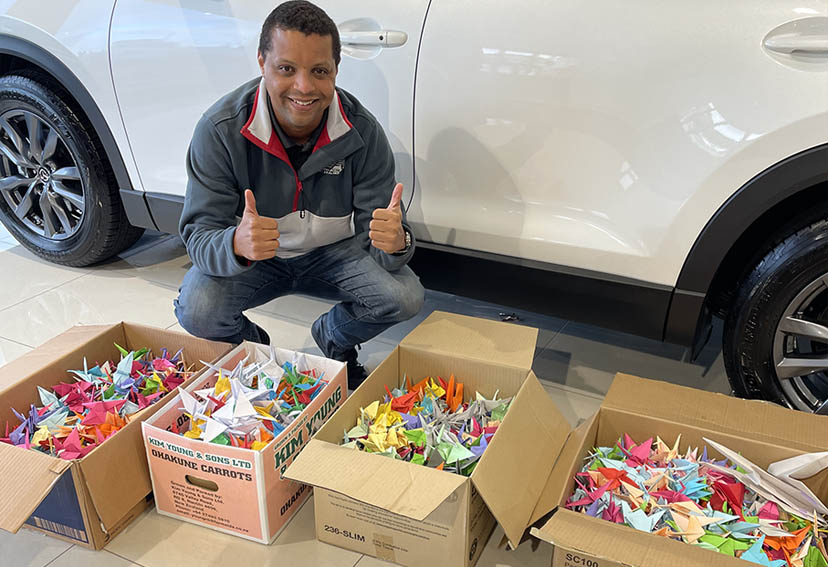 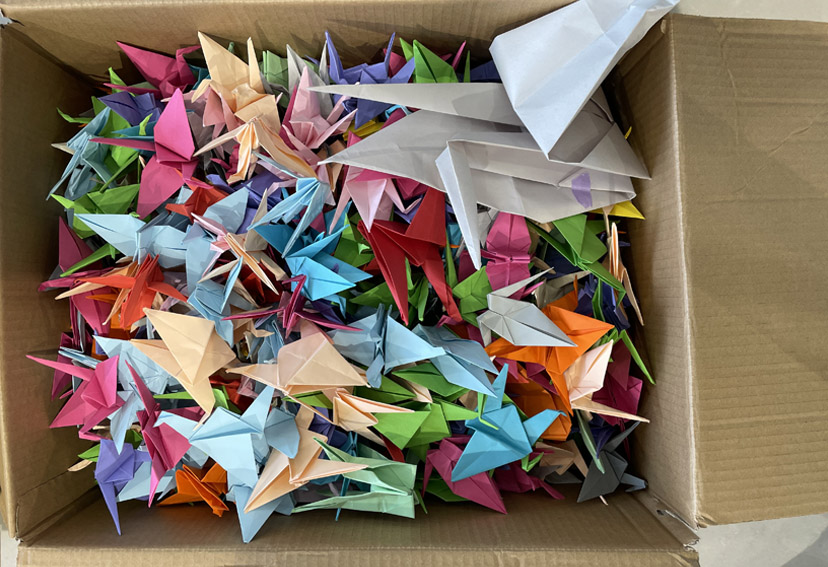 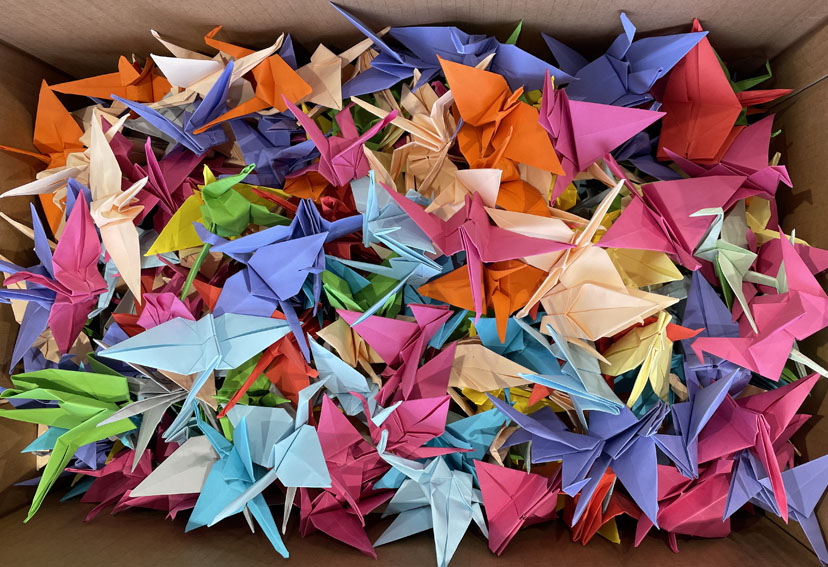 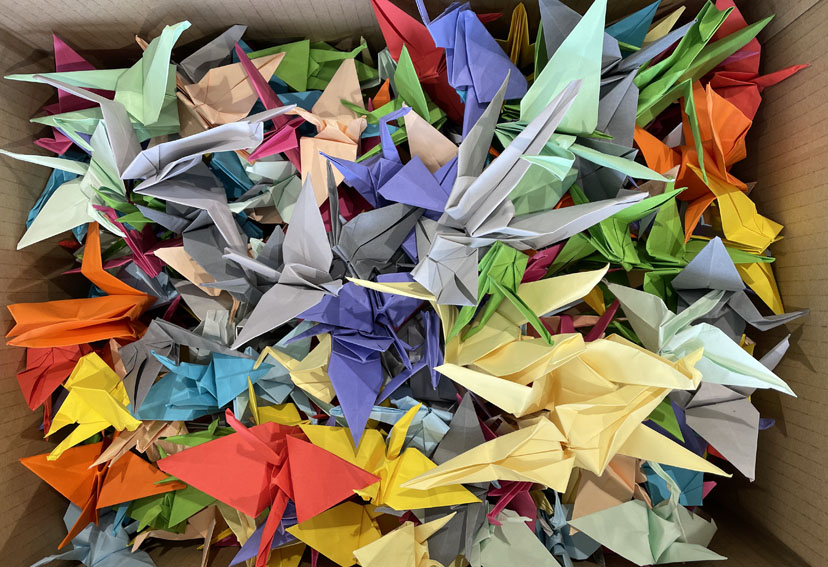 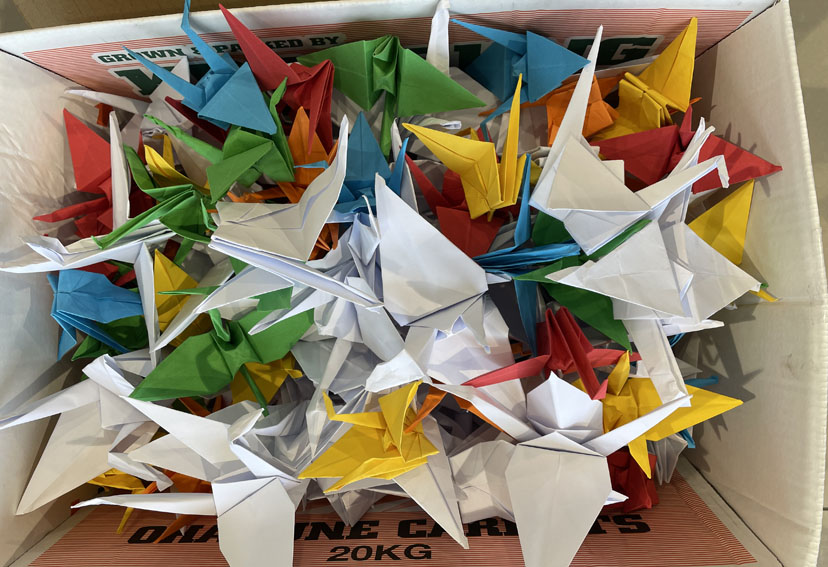